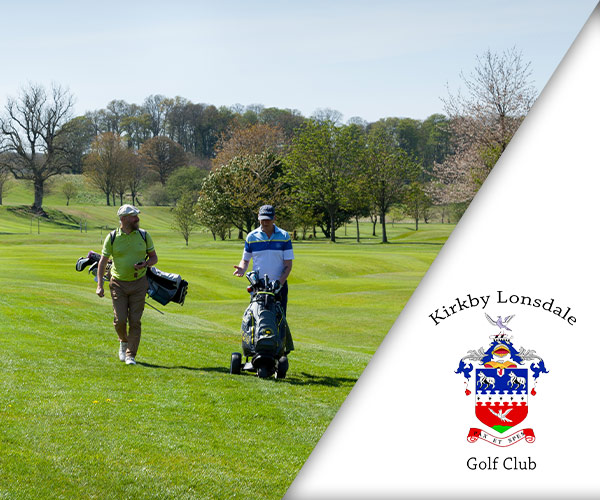 Our scenic location in the idyllic Lune Valley makes it a superb place to play golf. The course is generally open all
year round and a full calendar of competitive or social golf is available.

The club has recently expanded its range of flexible and family orientated membership options and is welcoming to both new and existing golfers. We have a great social scene and regular events are held throughout the year such as quiz nights, music nights, themed food nights and barbecues.

The Junior Section is expanding and enjoys regular weekly coaching and competitions.

The men’s section is very active in both golfing and social terms. The club participates in various league and team events throughout the season, including the Lunesdale League, Dales Trophy and the Cumbria Scratch League. During the year the usual monthly medals, club knockouts and team events are competed for, alongside a number of major events that hold the prestige of an honours board in the clubhouse.

Our Mens Captain for this year is Peter McCafferty. 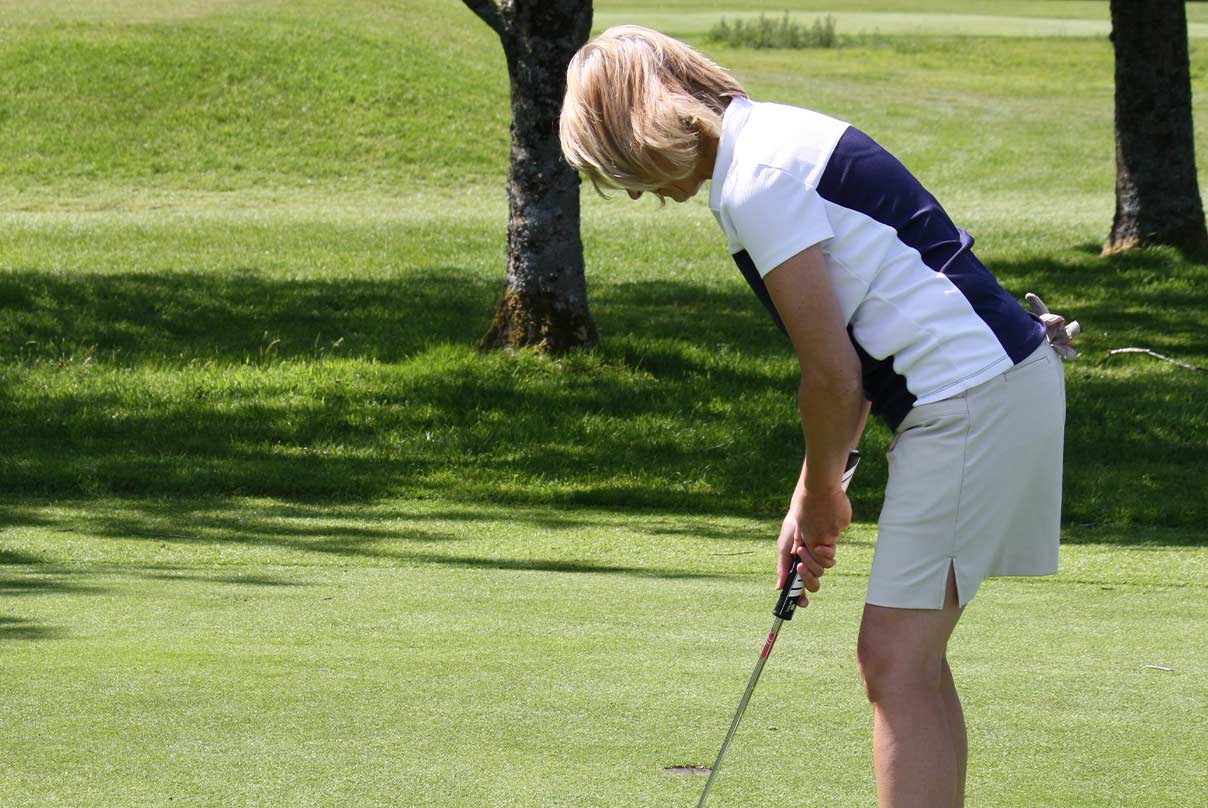 The Ladies section has 50 members of whom the majority are regular players. The ladies pride themselves on being a friendly, enthusiastic and active section of the club. Ladies competitions are on Wednesdays and Saturdays, and rollups are held throughout the year. The ladies are involved in numerous leagues and matches within the county. The ladies section warmly welcomes new members with or without handicaps.

Our Lady Captain for this year is Kate Hampshire.

The Seniors Section have a thriving number of members and have a full competitive calendar. With competitions on a Monday, roll-ups on a Wednesday and friendly matches throughout the season; the 55 and over’s ensure the clubhouse is always full.

Our Senior Captain for this year is Roger Wheildon. 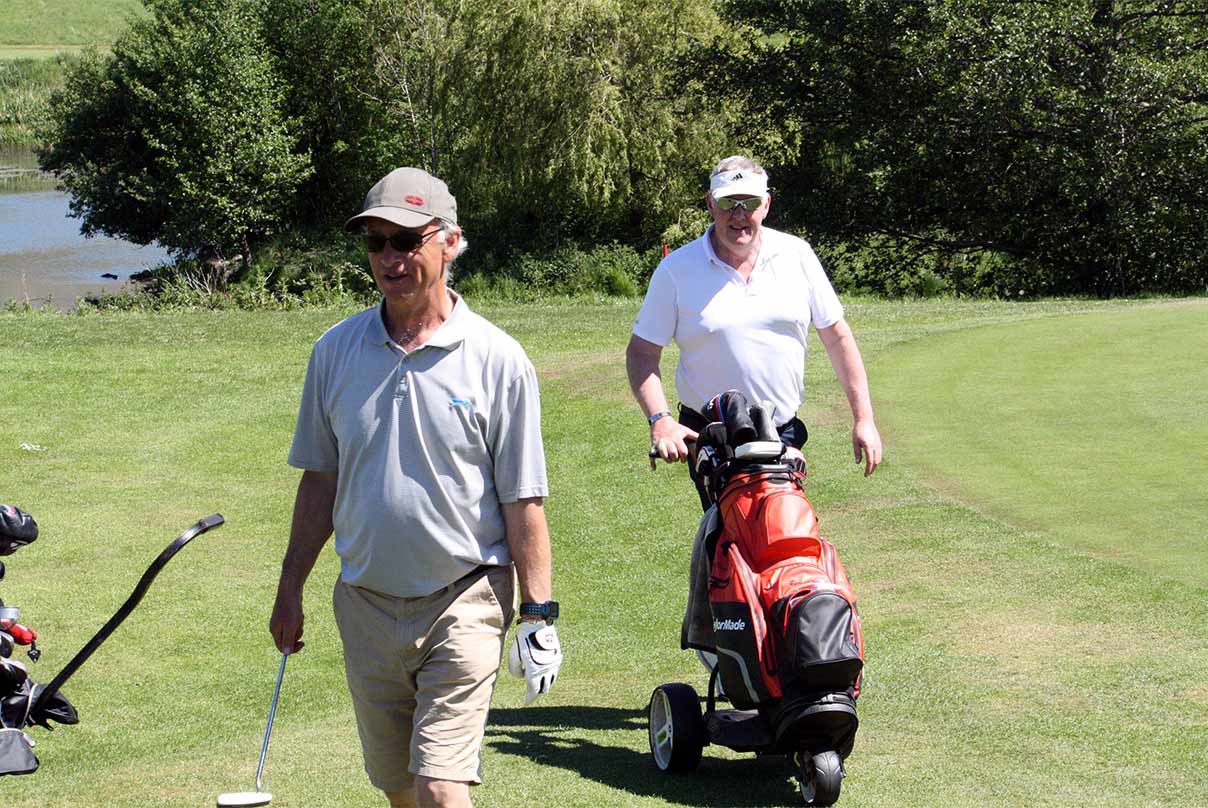 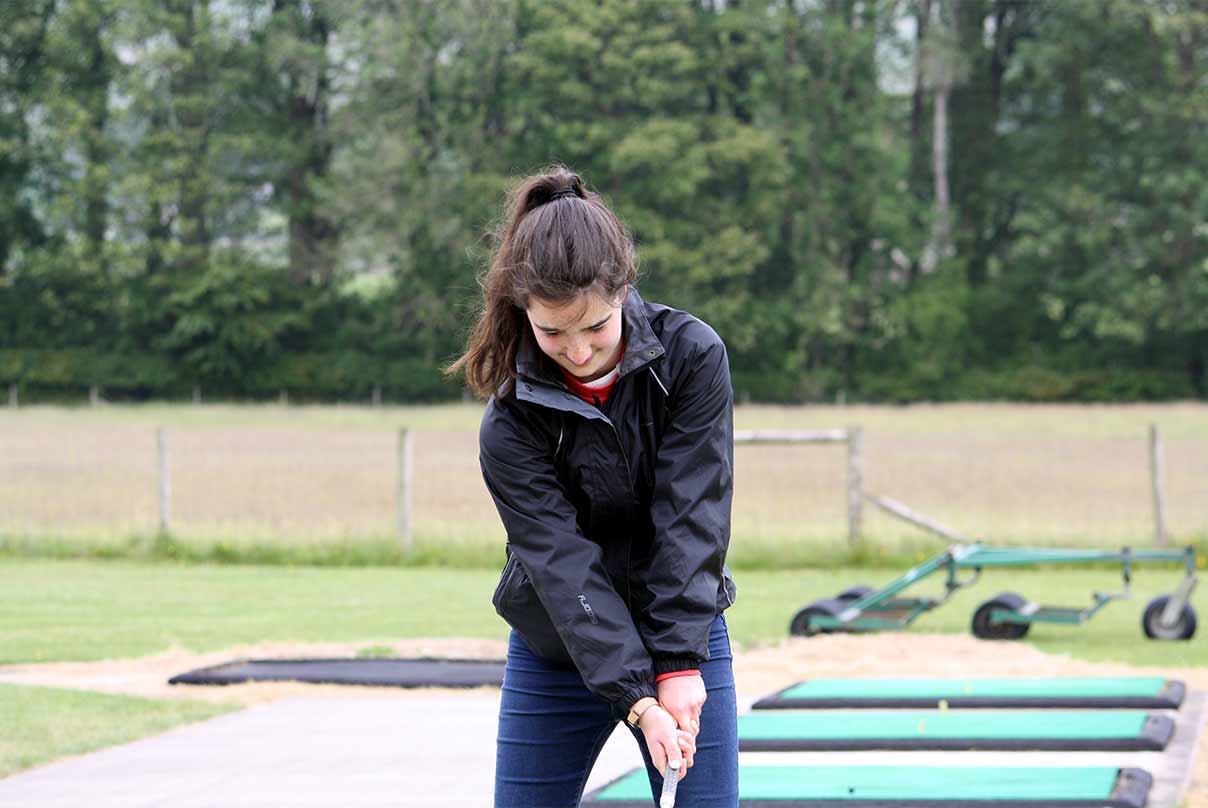 Juniors at the club are between the ages of 4-18 years, and range in skill from the complete beginner to the single figure golfer.

VIEW OUR VARIETY OF MEMBERSHIPS

We have excellent practice facilities that compliment our golf course, including our open air driving range and short game chipping area.

Our six hole Academy Course is a further addition for juniors and those just beginning to learn the game.

Wanting to find the perfect swing….then why not make use of our newly refurbished swing room and get both expert analysis and advice. 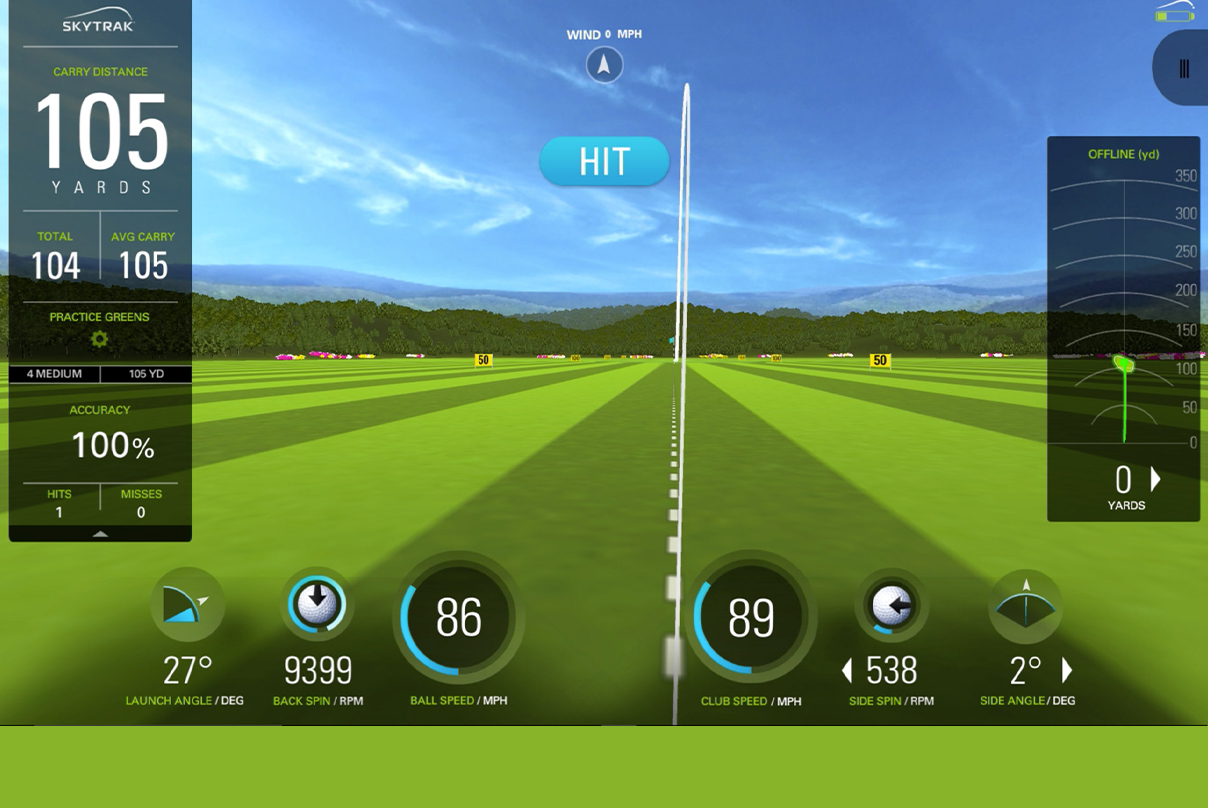 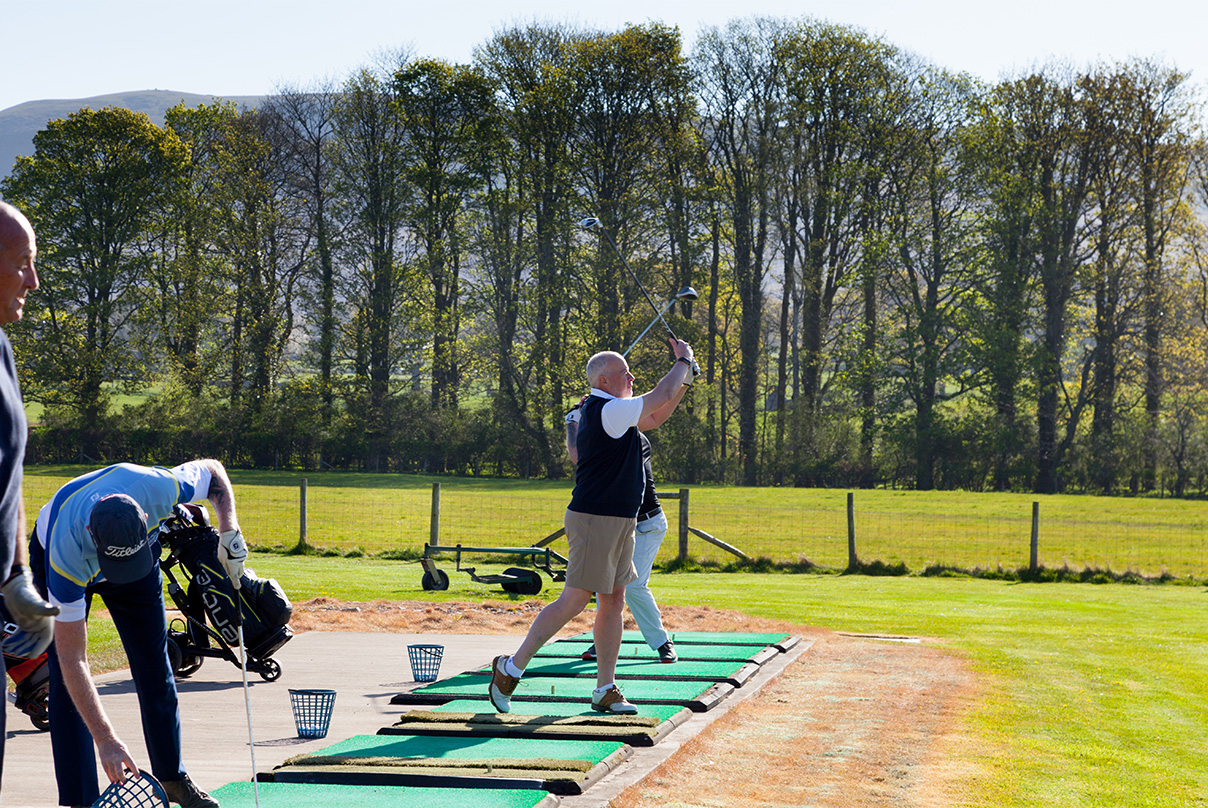 Whether you are wishing to spend time working on your technique or simply warm up before the start of your round our driving range offers you the perfect facility.

If you require a new golf trolley, golf bag, shoes or just a bag of tees our pro-shop is stocked with a comprehensive range of golfing equipment and clothing. Staffed by our Head Professional, John Twissle, and his team you are sure to be given the best advice. 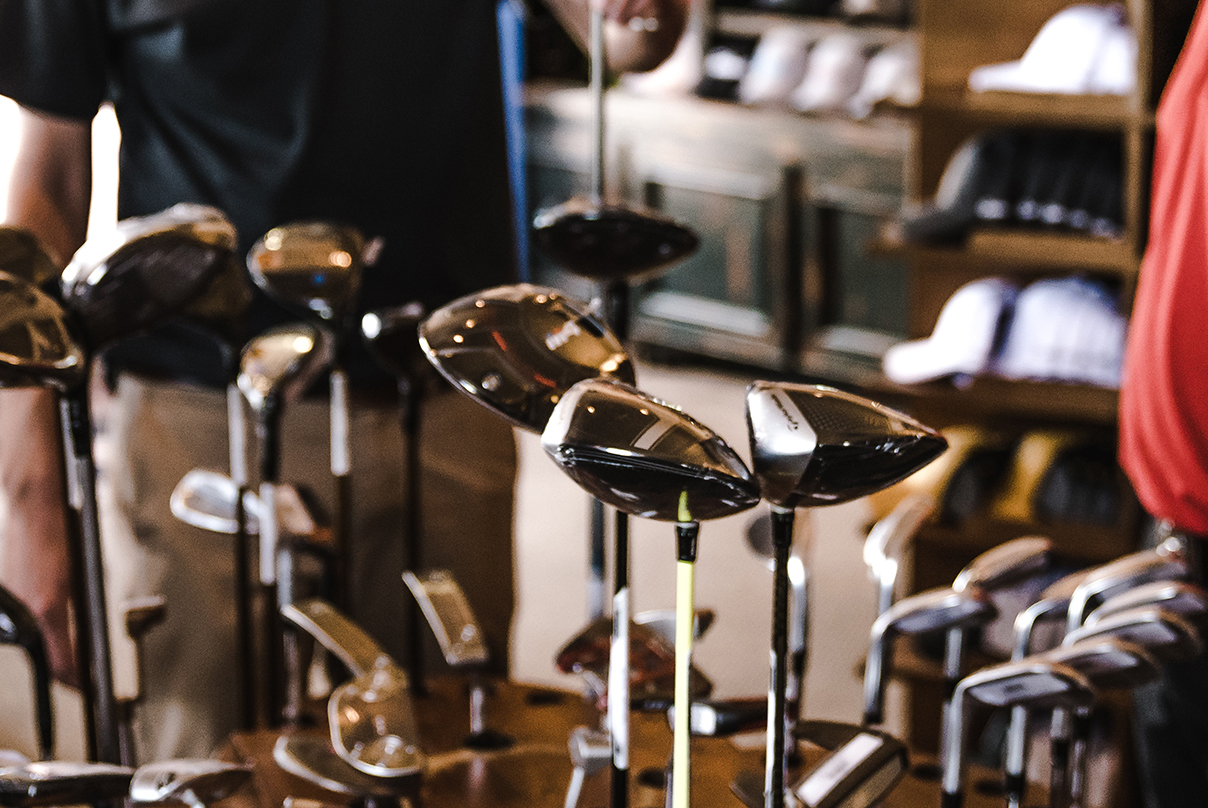 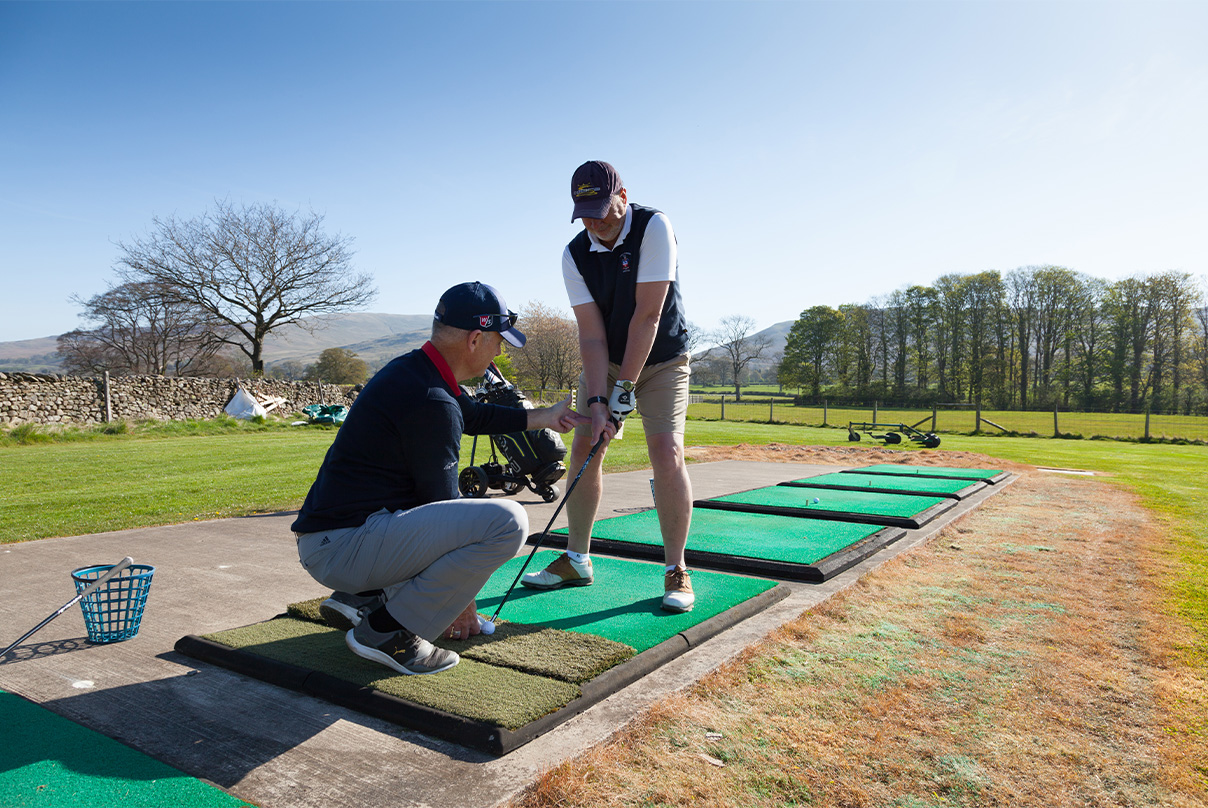 From complete beginner to low handicap golfer we offer the very best opportunity to receive expert tuition. John Twissle – Head Professional and Iain Burrows – Assistant Professional are there to give both friendly and tailored coaching and advice. Ellie Broome, Assistant PGA Professional will be taking charge of running our Junior Golf Academy.

Why not indulge yourself with a coffee and the customary bacon bap in our clubhouse before your round of golf. After the delights of playing our course take time to relax in our clubhouse with a drink in the bar or a meal in our restaurant. Reflect on the great day you have had! 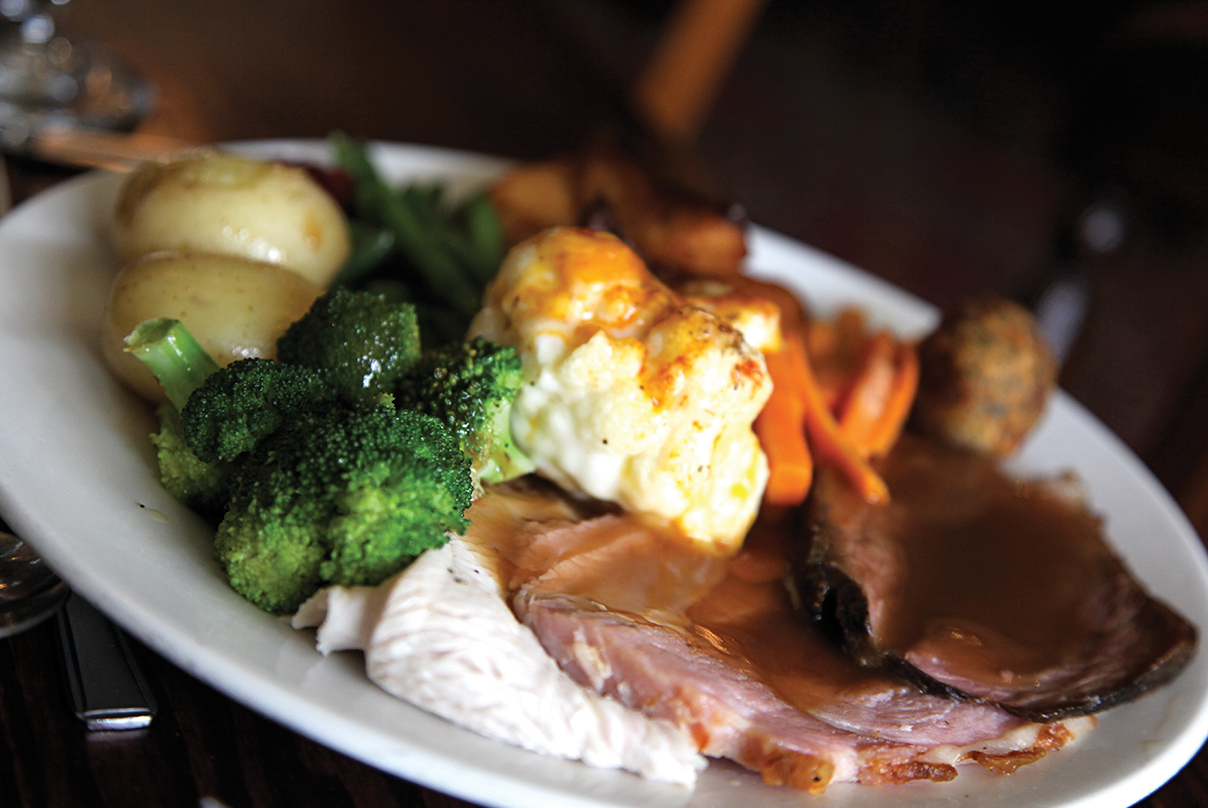 “Just wanted to drop you a line to thank you and all your colleagues for the fantastic day we had on Friday. Had really positive feedback from all concerned regarding the course, the hospitality and also the food throughout the day – all of which were spot on!”

“28 of us as a society were welcomed on a Saturday.
Good set up of 18 hole course, with lots of land between holes. Very challenging on a windy day!
Fairly modern clubhouse with friendly staff. Well worth a visit.”

“Very friendly staff and pro shop. Great day. Course in good conditions great comp and food excellent as usual. Thanks to all from the Blackpool park lads.”

“Awesome course in the middle of nowhere. Brilliant young Pro, we had great banter with. Bar Staff were lovely and accommodating. It’s also part of the ‘1906’ initiative, so if your club was formed in 1906 you can get reduced or free rounds at clubs participating in the scheme. We’ll definitely be back.”

“Absolutely beautiful course. Stunning views challenging but not difficult. Definitely worth a visit.”

“Lovely day out, course in great condition and staff most welcoming highly recommend.”

“Very friendly welcome- glorious course with some of the best views I’ve ever seen on a golf course.”

“Very well designed course that was in excellent condition, credit to the greenkeepers.”

“Fantastic course and helpful friendly staff both in pro shop and club house. The pro even lent me his clubs. Despite heavy rain all weekend the course was excellent.”

Become a member or come visit us to see our stunning course located in the beautiful Lune Valley.